For Columbus Day, our neighbors told us about this place in Germantown called Butler's Orchard. 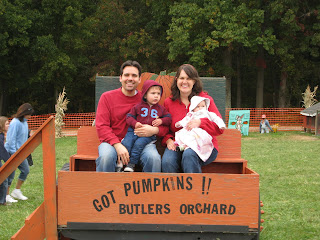 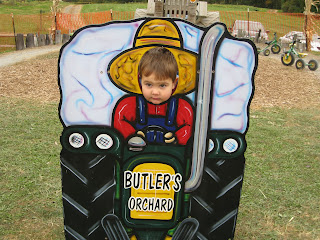 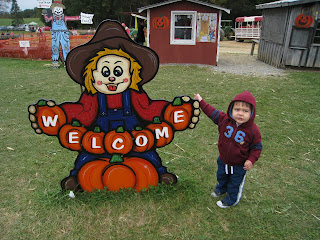 It was a fun fall event for our little family, but it was the first cold day of the year- the temperature was probably in the low 60's. I'm sure my family from Maine doesn't think that's cold at all, but we were having like 80 degree weather. Anyways, the orchard had fruit that you could pick yourself, but it also had a whole fall themed area with fun things to do like... 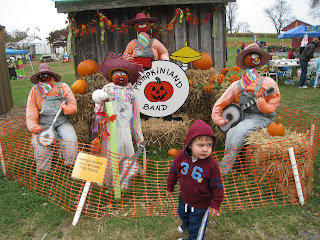 push and ride the tractor bikes, 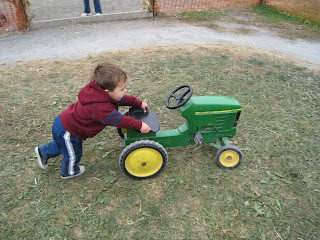 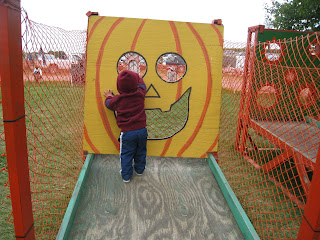 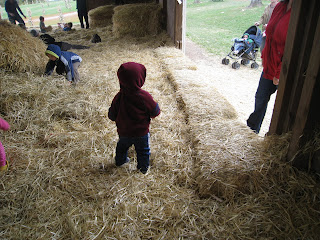 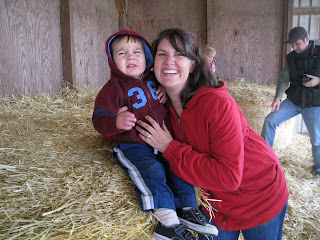 pet the animals at the petting farm, ( Nate loved the sheep!) 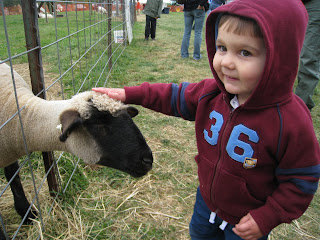 ride down their huge metal slides and tube slide on burlap cloths, 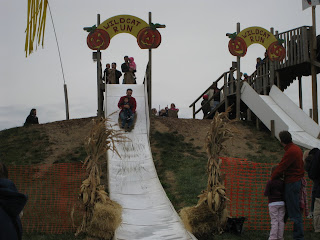 make your way through a corn maze, 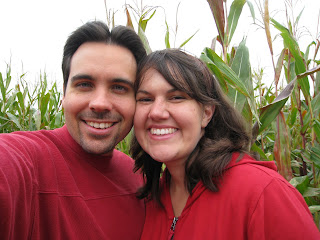 and my favorite part- take a hayride and pick out your own pumpkin. The kids were done at this point, hence the frowny faces. 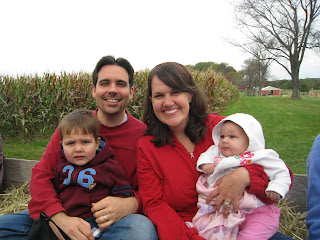 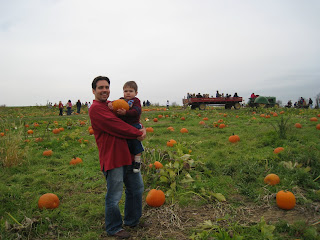 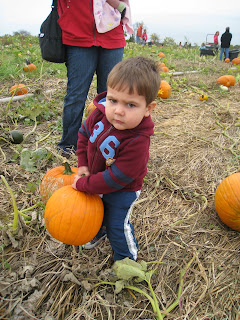 We also played hide and seek in the covered haystack maze (this was Nate's favorite), raced rubber ducks, jumped in the jumping castle (another of Nate's favorites) and enjoyed a lunch of bbq beef and hot dogs. We had a great time and it was a fun way to kick off the fall season. After visiting Germantown, Andrew is determined to move there. It was a very nice community (from what we saw), but his commute would be a lot longer, so someday we'll have to find somewhere else just as nice.
Posted by Molly at 9:08 PM

What fun! Looks like lots of fun was had. Send me your email address at I can add you to my blog, it is private. My email address is: shayandkim(at)gmail(dot)com.

Aw, that's so fun! Your family is so cute!